Blockchain and Its Use Cases Explained for Beginners

Databases and applications typically bring to our mind the server that maintains them in a centralized manner to provide accessibility to the users through connected computers and devices. This concept was changed by blockchain, a distributed database, meaning that the devices that use databases are not connected to a central processor or server but are connected to each other. Under blockchain, transactions are maintained as records in the form of blocks, each of them having a timestamp and a link to the previous block in sequential and chronological order. Confused? Let’s try with a real-life example.

Typing www.google.com on the internet, for example, will try to connect you to Google’s central server(s), providing you with the content you search for. However, if the Google server is down, you won’t see any content on your browser. In contrast, under the blockchain, even when one or more connected computers (nodes) in the network are down, you are not offline, because other computers or nodes that maintain the same database on the network are up and running. This is because the nodes in the network that are not down will communicate with each other. 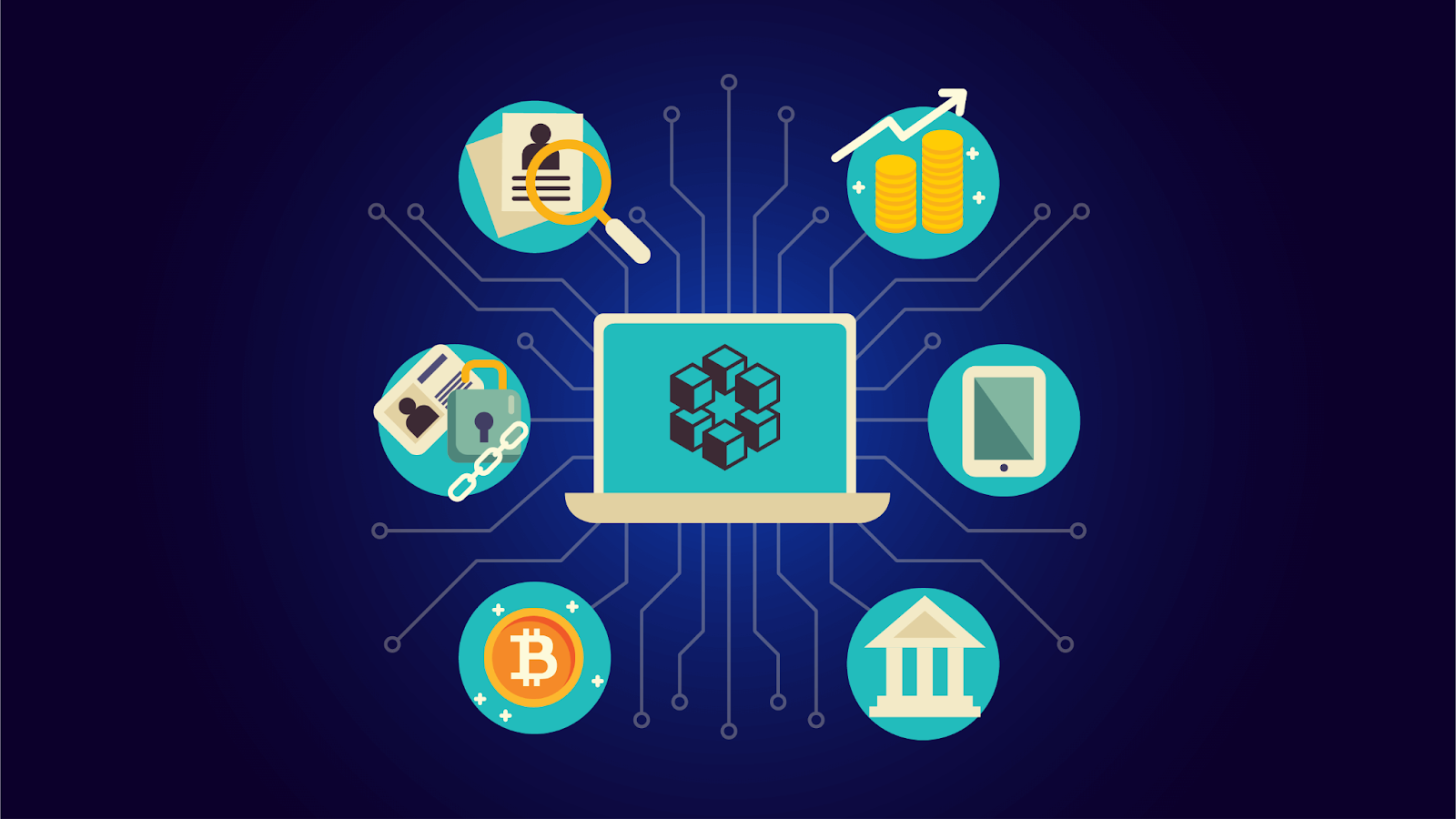 Blockchain was invented by a person or group of people, that is known by the mysterious name of Satoshi Nakamoto for creating the Bitcoin cryptocurrency. Unlike in the case of fiat or paper currencies such as the US Dollar, Euro, Indian Rupee, etc. which are controlled by the central bank of the country, there is no central authority that monitors and controls bitcoin or other blockchain-supported transactions. However, for new transactions to be added to the bitcoin database, at least 51% of the nodes must agree that the transaction is real and valid through the consensus mechanism.

How Does Blockchain Work?

Blockchain technology that allows peer-to-peer transactions is decentralized  - not on a central server or controlled by a central authority - network that facilitates the transfer of digital assets such as currency and data. Let us imagine blockchain as a digital database, like a digital document, which is shared across a large network of many computers (nodes). Whenever the network validates and updates a transaction to the database, every computer or node on the network gets updated by the new transaction.

Cryptographic techniques make it highly impossible for hackers to alter or reverse it unless a majority of the nodes (depending on the consensus algorithm used) in the blockchain give their consent. This is impractical because it is expensive. With the data stored on all the computers/nodes under the blockchain, there won’t be a risk of loss of data if one of the computers/nodes is hacked or broken. Adding any new transaction makes it necessary for the blockchain to go through a certain consensus mechanism such as proof of work (PoW) or proof of stake (PoS) that prevents a bad actor from making changes to a transaction without the consensus of a majority of the nodes on the network.

Advantages of Blockchain Over Traditional Database and Applications

The advantages of blockchain compared to traditional databases differ based on the use cases. However, the following are some of the most common benefits of blockchain technology.

A general notion is that blockchain technology is all about cryptocurrencies. This is not true as can be observed from its wide application.

Real-World Use Cases of Blockchain

Since the launch of Bitcoin in 2009, the blockchain has found its use in the creation of many other cryptocurrencies, and applications in smart contracts, non-fungible tokens (NFTs), and decentralized finance (DeFi) applications. Here are a few real-life areas that are currently using blockchain technology, though they are not an exhaustive list, the use cases keep growing.

Blockchain technology can improve the way businesses operate, but more importantly, it may also change the lives of millions of people by enabling inclusive banking. Furthermore, it can help governments eliminate or minimize corruption in governance affecting business, people, and the economy with the transparency blockchain brings to transactions and records. Businesses, particularly small to medium businesses should not miss the opportunity to reap the potential benefits of blockchain because it does not have the required team and infrastructure. This is where Task as a Service (TaaS) platforms can help you to get blockchain technology to enhance your operations, all at a low cost.