Many things are common in virtual, augmented, and mixed reality, but they are not the same and confuse people a bit. Beyond these three reality technologies, there is even Extended Reality (XR), which combines all three. A deep understanding of them is needed for you to fully comprehend the range and extent of their potential.

Here are the high-level differences between virtual, augmented, and mixed reality technologies at a glance:

Let’s now take a bit more deep dive into the details of these technologies to get a better view of their differences and potential use cases. 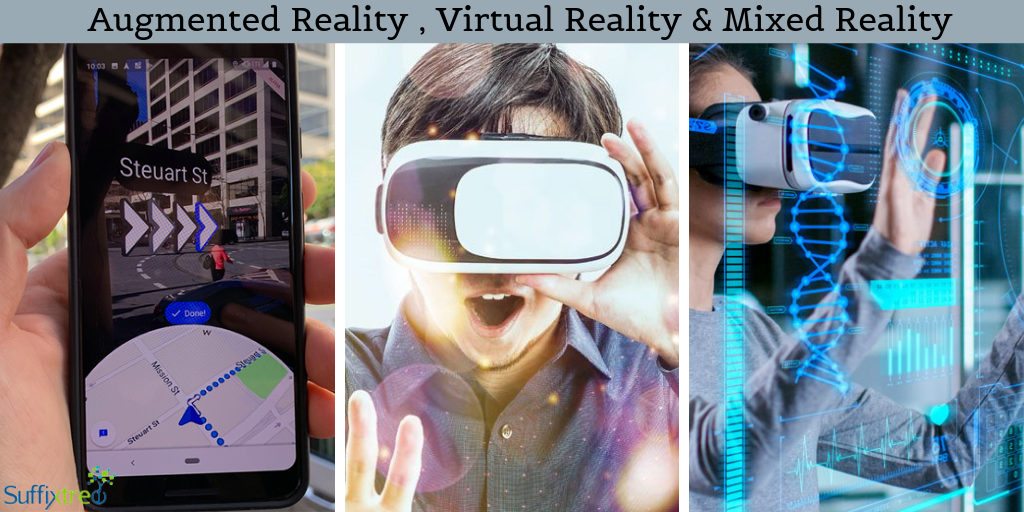 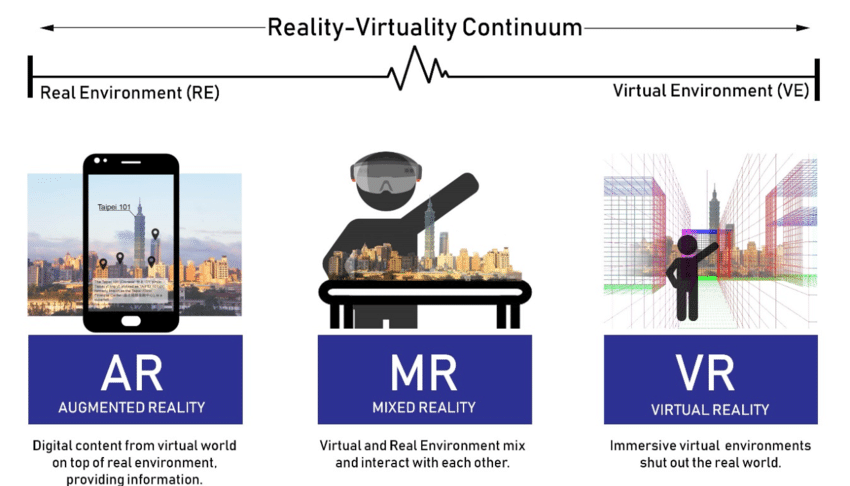 This technology immerses users in a computer-generated digital simulation of an environment or three-dimensional image where people can interact in a physical or seemingly real way. Virtual reality provides you with an environment that seems like another place which is a simulation or virtual world. The advanced VR technology allows users to move and hear sounds in a virtual environment, with the help of VR devices like headsets - a gadget needed to experience virtual reality.

While most VR headsets can be plugged into a computer or a gaming console like PlayStation VR, standalone VR devices like Google Cardboard that deliver VR experience on their own without the need for any other device or hardware are getting more popular. A real-world example of VR is what we can experience on the popular video platform, Youtube; a small cardboard icon seen on YouTube enables the 360-degree mode - a form of VR - to facilitate you to experience fully immersive videos by wearing a VR headset.

Many people confuse virtual reality and augmented reality, but there are a lot of differences between them. Augmented reality allows the superposition of digital elements into the physical environment for you to see a composite view of physical or real-world elements and digital elements. You can experience AR by downloading AR apps on your compatible smartphone or by using special AR headsets like Google Glass, where digital content is displayed on a tiny screen in front of your eye.

To make it simple to understand, think of Pokemon Go - the most true-to-life example of augmented reality - a video game that a large number of people played all over the world by searching for small virtual creatures with their smartphones. Check another example: point your smartphone that has AR apps toward a street, it may give you more information about the street, such as its name, history, cafes, gyms, hospitals, malls, etc.

This technology, along with XR, is the most recent addition to reality technologies and the trickiest of all the three. Mixed reality, as the name suggests, combines the first two realities but looks more similar to augmented reality. In MR, the user stays in the real physical world but with a small but very important digital addition using external equipment that can design and display the graphics. Its key difference from AR is that the graphics here are much more complex. Google Glass is also used to experience MR. Let’s look at two forms of mixed reality technologies:

While reality technologies continue to rule computer games, the advancements in HMDs help lift games to more advanced experience levels and give the user a completely immersive experience. However, more than VR, AR and MR find the most use cases in industries. Below are a few examples of how AR / MR can be adopted in businesses:

This is not to say that the uses of these reality technologies are limited to the four sectors listed above. AR/MR can be adopted in almost all industries including oil and gas, utilities, healthcare, and even services, in addition to what we discussed above. The use cases of these reality technologies cover most operations and functions in a business, such as production, marketing, selling, and servicing products, as well as maintaining equipment to keep them in good health.

AR / VR / MR are relatively new technologies in terms of their application and utility. The application of AR / MR technologies can span multiple industries ranging from aerospace, defense, heavy machinery, and industrial equipment, to oil and gas, and many others. If adopted properly, AR / MR technology helps save money and time. As the awareness of reality technologies and apps increases, there is a growing demand for talents that can help businesses implement these technologies.

Many industries and companies, especially small to mid-sized companies, do not have the technical expertise or the proper software development kits to develop AR / MR applications. It is not a feasible option to set up a permanent team to develop and implement reality apps. The ideal option for companies is to identify Task as a Service (TaaS) platforms that can deliver AR/VR/MR/XR projects quickly and economically, without having to undergo the pains of recruiting, training, and setting up a team.