<p>A recession can hurt companies both large and small.</p> 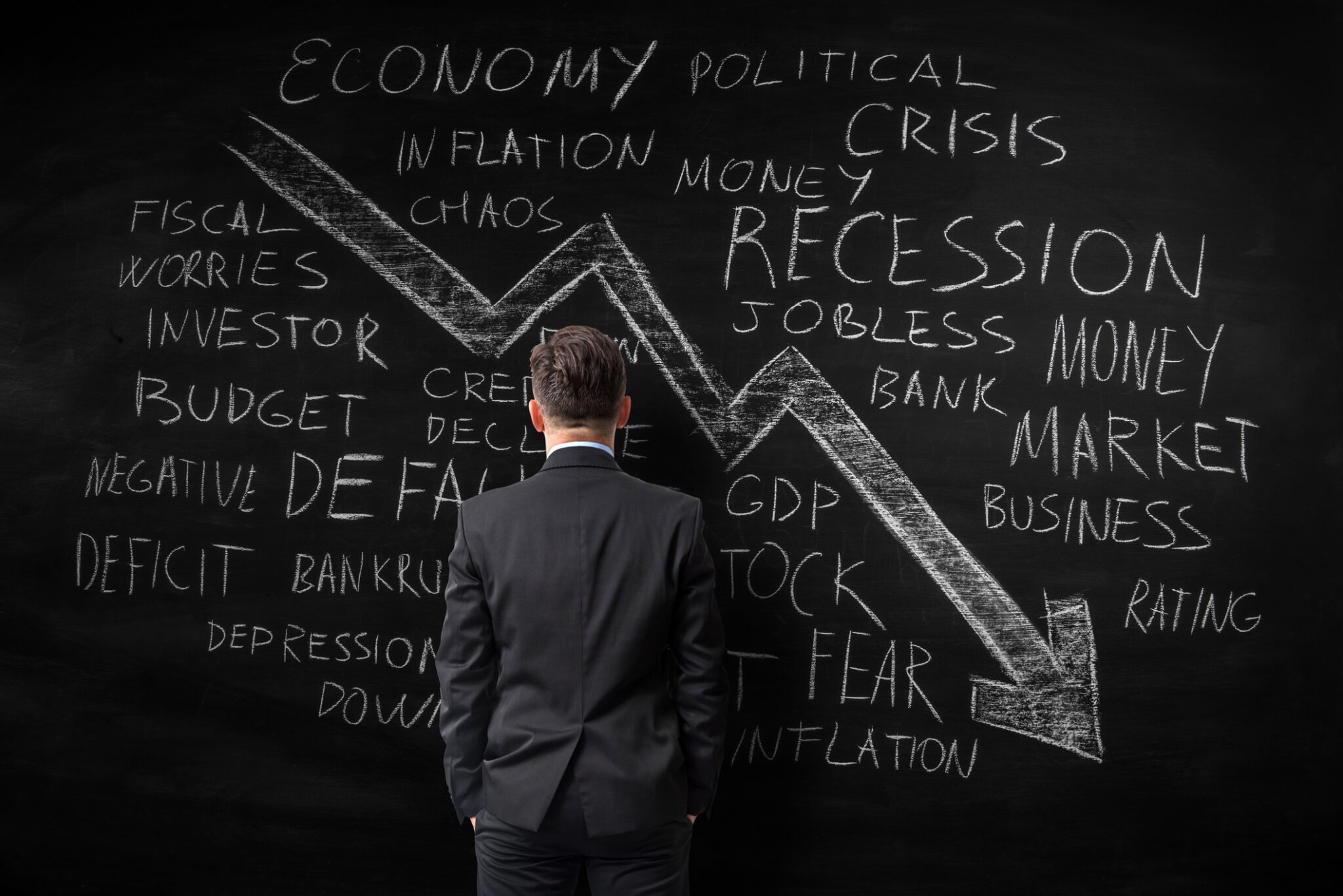 How Does Recession Affect Businesses and the Economy?

This is the second in the series of articles we will be publishing on this subject, that can impact everyone and everything in the world.

An increase in price and a decline in the gross domestic product worry most people about the threat of an economic downturn looming large on them. We discussed what is recession and how it happens, in one of our earlier articles. We will discuss now what happens during a recession and how it affects the economy, business,  and people.

CNBC reported a recent statement by Jamie Dimon, chief executive of JPMorgan Chase, at a conference in London that a “very, very serious” mix of challenges was likely to push both the U.S. and global economies into a recession by the middle of the next year. For now, he noted, the U.S. economy was “actually still doing well”  and consumers were likely to be in better shape compared with the 2008 global financial crisis.

Let us examine what does a recession mean for businesses, people, and economies?

What is a recession - A Recap

What happens during a recession?

When recession sets in, the economy contracts thanks to the decline in consumer demand and eventually individual spending. Consumption and consumer spending make up a large portion of the most developed economies and any drop in spending affects the demand for products and services. This prompts companies to reduce the number of employees, in turn contributing to the demand drop, and leading to further contraction of economic activity. Unemployment is one of the top effects of the recession.

Furthermore, gross domestic product (GDP) growth shrinks during recessions because of the drop in consumer demand and lesser employees, leading to reduced production of goods and delivery of services. This also affects consumer demand as the employees who lost their jobs don’t have money to purchase products and services. The reduction in production fuels inflation which will be addressed by many central banks and governments through interest hikes, which impact business cash flow and profitability.

Major Effects of a Recession on Businesses

Recession acts like a cycle; It causes declines in sales that can result in layoffs further depressing demand. Access to credits tends to tighten because of the rising economic uncertainty, while loan defaults and missing repayment schedules will be on the rise leading to bankruptcies.

A recession can hurt companies large and small, though larger ones are capable of absorbing the impact better than small companies.

We will take a look at some of the most common upshots that a recession brings to businesses.

A drop in demand and sales is arguably the most glaring sign of recession. People lose jobs or other means of earning triggering a decline in the purchasing power of the consumers. A decline in demand and sales translates into cutting down production and money blocked in huge inventories. It contributes further to job losses or benefit cuts.

Prices increase because of inflation and an upward trend in input costs. The bottom line of companies with high fixed costs in their cost structure will be severely affected when revenue drops. The entire supply chain ecosystem gets affected impacting the companies in each segment. Companies cut other expenses like advertisement and marketing affecting the revenue of media companies in print, electronic, publishing, and digital domains and also the marketing and ad-making companies.

One of the key effects of recessions on businesses is the drying up of credit access. Lenders become more cautious and selective in uncertain conditions before they approve credit applications. The decline in sales, its impact on the supply chain, and liquidity issues across the economy lead to missing receivable collection, and resultant cash flow pains.

Add to it, the tightening of lending by banks and financial institutions dries up liquidity and working capital resulting in disruptions in business operations. Even large businesses may find it difficult to source funds during a recession.

Businesses - large and small - may resort to layoffs to reduce operating costs when the demand for their products or services drops. The resultant increase in workloads on the remaining employees along with the fear of impending job loss will affect their morale.  In a prolonged and severe recession, the companies may be forced to cut the salary and benefits of the employees who are already burdened by work overload.

Companies will plan to close production plants, reduce capacity, and discontinue low-performing brands, making mass layoffs unavoidable. Even before a full-blown recession sets in, we have currently witnessing layoffs across the globe by large companies such as Amazon, Facebook, Twitter, etc.

Recessions that happen periodically interrupt the prevailing economic growth triggering a cycle of negative effects that impact individuals, businesses, and economies. When the competition fails, the most capable survivors will capture their market share. This needs you to ensure that you don’t increase or decrease employee count depending on unique situations like certain segments did flourish and certain others perished during the pandemic. Businesses, particularly SMEs as well as employees can mitigate their respective risks by opting for TaaS models so that employees who lose jobs will continue to earn and companies can maintain the optimal workforce on permanent payroll and source the rest from the freelancing market and when needed.